The Memoirs of Sherlock Holmes 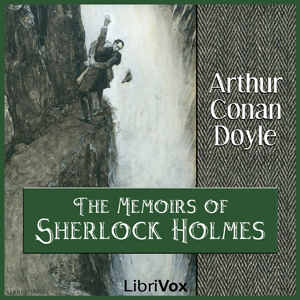 The Memoirs of Sherlock Holmes

LibriVox recording of The Memoirs of Sherlock Holmes, by Sir Arthur Conan Doyle.

Sherlock Holmes is a fictional detective of the late 19th and early 20th centuries, who first appeared in publication in 1887. He was devised by Scottish author and doctor Sir Arthur Conan Doyle. A brilliant London-based detective, Holmes is famous for his prowess at using logic and astute observation to solve cases. He is perhaps the most famous fictional detective, and indeed one of the best known and most universally recognizable literary characters. Join Dr. Watson and Sherlock Holmes in Holmes' fourth book. (summary from Wikipedia and TBOL3)

Album
The Memoirs of Sherlock Holmes

Reviewer: tauntonlake - favorite - June 29, 2012
Subject: 11- THE FINAL PROBLEM
Whomever the teenager was who read The Final Problem -- while I'm sure the volunteer effort is appreciated .. the reading should have been left to someone with some reading-aloud skills ... kiddo, your reading skills need a lot of work, if you're going to volunteer to read for the visually impaired. The story should be read in a flowing manner, not in a remedial reading-class style, stumbling over every word, mispronouncing the big words. just halting, and painful to listen to. :( Librivox should have put a stop to this after the first test reading, or first chapter was uploaded.

Reviewer: Tobias c - favoritefavoritefavoritefavorite - October 14, 2008
Subject: Memoirs Of Sherlock Holmes
As usual Mr Holmes And Dr Watson are back for more thrilling action.The readers are tollerable,some great others not so but beggers can't be choosers. For the order in which All Sherlock Holmes collections should be enjoyed check out wikapedia or the sherlock holmes meauseum

Reviewer: thecrwth - favoritefavoritefavorite - January 4, 2008
Subject: Mix of talented and terrible readers.
I realize librivox is volunteer, but some readers are just making a mess of the classics. Some of these are just impossible to listen to. One reader had a barely intelligible foreign accent. One read monotone. These were like hearing fingernails on a blackboard. That said, many others were decent and enjoyable.

Uploaded by librivoxbooks on September 30, 2007